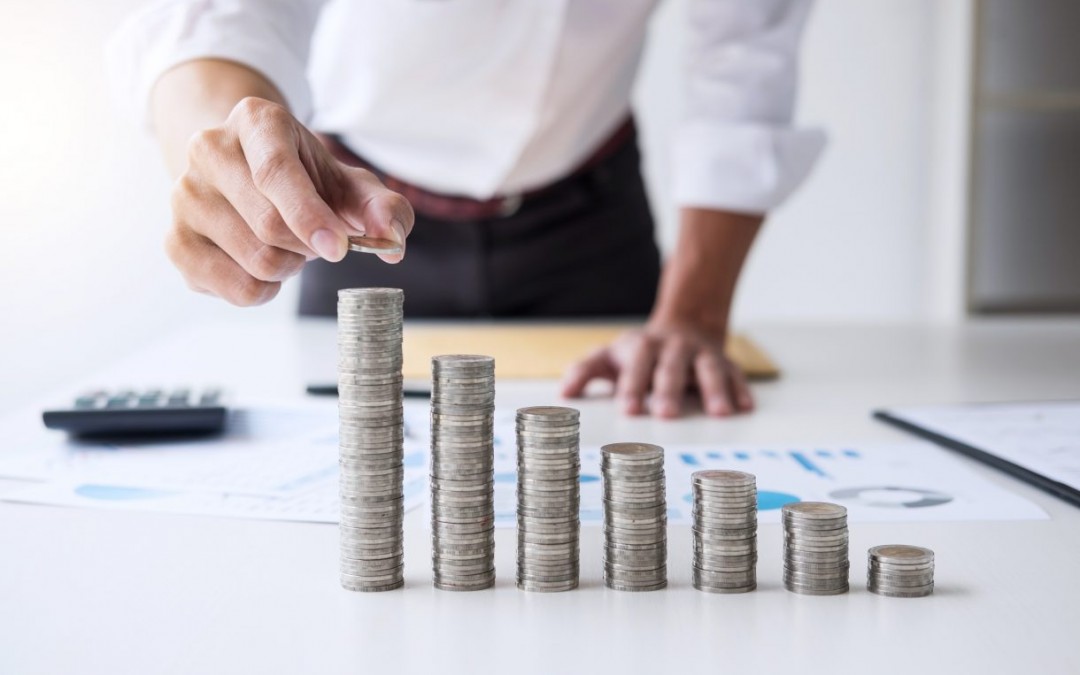 The Multiple Purpose Financial Companies (SOFOM) are commercial companies whose main purpose is to grant loans with the ease of not merely depending on a bank to obtain this benefit.

The General Law of Credit Auxiliary Organizations and Activities establishes in its article 87-B that for the registration of these companies before CONFUSEF they must meet at least the following requirements:

Likewise, the SOFOM ENR is obligated to report suspicious transactions that could be linked to money laundering, in addition they must keep, for a period of at least 10 years, information and documents related to the identification of their users/customers. When obtaining a new client/user, the SOFOM must clearly and unambiguously inform everything that involves the contract they enter into, such as the amount, payment, interest, etc., which must be covered by the user.

An essential part of knowing these and other obligations lies in the need to have specialists in this service.

Foreign Investment in Mexico: a Representative Office, Branch or Subsidiary with Foreign Capital

Mexico is currently ranked as the ninth country in the world that received the largest amount of foreign investment during 2020, which represented an improvement over the fourteenth place it had in 2019, the above was revealed in a report by the United Nations Conference on Trade and Development (UNCTAD).

Taking into consideration the above, it is important to know what is a representative office in Mexico, a branch and a subsidiary with foreign capital.

Let’s start with Representative Offices, which are understood as those establishments installed in foreign locations either inside or outside a country, for communication purposes, marketing studies or representation of the parent company.

The main objective of representative offices is to conduct direct research in a target market in order to establish service and product offerings to potentially new consumers. Many companies use it as a strategy to later make larger investments when starting a national or international expansion process, they can even create strategic alliances with local firms and finally it aims at a detailed analysis of competing companies.

Finally, the establishment of a representative office without income, fiscally speaking, is convenient for a foreign company that does not wish to carry out acts of commerce, but exclusively activities of client acquisition, or as a point of contact between the foreign company and Mexican clients. This, however, is not a way to make an investment, since it does not imply the authorization of foreign capital, nor can it carry out activities in Mexico to produce profits. Nor is it necessary to register them in the National Registry of Foreign Investments.

Branches are defined as a type of quasi-corporation, wholly owned by its direct investor, i.e., it is not incorporated, but operates separately from its owners. It is a foreign legal entity that decides to have a physical presence in a country other than its own, because its economic activity, production of goods and services or commercialization, so warrants, but decides to do so without the participation of a Mexican company.

Starting operations in Mexico implies the entry of foreign capital in order to establish offices, industrial or commercial premises for the acquisition of machinery and equipment, as well as the hiring of local personnel.

“Companies legally constituted abroad that are established in the republic, or have in it any agency or branch may exercise acts of commerce…”

The registration of the foreign company under this modality will not have a new legal personality but will maintain the one it has abroad to carry out its mercantile operations.

Finally, both the branch and the representative office require the approval of the General Directorate of Foreign Investment to be established in the national territory.

In the case of subsidiaries with foreign capital, unlike corporations or limited liability companies (the most common types of companies in Mexico), they will have a legal personality different from that of the partners.

Clarifying the following points: they may only participate in economic activities that are not reserved or subject to maximum foreign investment limits, according to the applicable Law.

It is also not advisable to incorporate them as Simplified Joint Stock Companies since their income should not exceed 5 million pesos.

Now, according to the Foreign Investment Law, a foreign company must have the authorization of the Ministry of Economy to operate in Mexico, without prejudice to the compliance of other obligations established in provisions other than the Foreign Investment Law, which, as already mentioned, may be the Commercial Code, the Federal and/or local Civil Code of the Entity in which they are established, among others.

Conversely, when a company has a representative office authorization, such company will not be able to perform commercial acts; therefore, if it intends to habitually engage in commerce, it must have the authorization to register its bylaws in the Public Registry of Commerce.

It is also important to know that on August 8, 2012, the General Resolution issued by the National Foreign Investment Commission was published in the Official Gazette of the Federation (“DOF”), which establishes the criteria for the application of Article 17 of the Foreign Investment Law, regarding the requirements for foreign legal entities to habitually carry out acts of commerce in Mexico or for the establishment of foreign legal entities in Mexico. By virtue of such Resolution, foreign legal entities incorporated under the laws of the United States of America, Canada, Chile, Costa Rica, Colombia, Nicaragua, El Salvador, Guatemala, Honduras, Uruguay, Japan and Peru that intend to habitually carry out commercial activities in Mexico are no longer required to obtain prior authorization from the Ministry of Economy to habitually carry out commercial activities in Mexico (open a branch) or to establish themselves in Mexico (representative office), such requirement being satisfied with the presentation of a written document.

If you wish to invest in Mexico and you have doubts about what is convenient for you or not, we have a team of experts at your disposal that will be able to advise you on all the steps and requirements for your incorporation or establishment in Mexico. Come to us.

One of the main objectives of the Energy Reform is to promote the market and increase competition, and consequently, the governed have a greater range of options to choose where to use the services of the gas stations.

Now, for gasoline operators, they also open the doors so that they have more options to obtain gasoline, as well as rent, or store in another way than usual, before the Energy Reform.

In the same vein, on May 4, 2021, the Reform to articles 51, 53, 56, 57, 59 Bis and 86 of the Hydrocarbons Law was published in the Official Gazette of the Federation, by which they restrict the permits for the Transportation, Storage, Distribution, compression, liquefaction, decompression, regasification, commercialization and Sale to the Public of Hydrocarbons, among others, which could cause for permit holders.

Which can generate uncertainty for gasoline or permit holders speaks of a possible temporary occupation, intervention or suspension of the permit, with the purpose of “guaranteeing the interests of the Nation” without being able to identify this concept, leaving it to the discretion of the authority that concept. In addition, that in its article 59 Bis, it grants the Energy Regulatory Commission and the Secretary of Energy to suspend the permits issued when “an imminent situation is foreseen for national security, energy security or the national economy”, it still creates legal uncertainty and can leave at the discretion of the authority the cases of revocation of the permit

Benefits of having A Multiple Purpose Financial Company (SOFOM)

The vast majority of investors in Mexico know what a SOFOM is, however, it is important to define that they are those corporations that are mainly in charge of carrying out all activities related to the granting of loans.

They must have a current registration with the National Commission for the Protection and Defense of Financial Services Users (Condusef) and are governed by the General Law of Credit Organizations and Auxiliary Activities (LGOAAC) and the general provisions issued by Condusef, depending on the type of SOFOM they are.

They can be “Regulated” or “Unregulated” and depending on their corporate name is that they must be written E.R. or E.N.R.

The benefits that a financial entity such as SOFOM, are multiple, but within the main ones we can find:

– Knowledge of the sector in which they place

– Faster and more efficient decision making than in banks due to less bureaucracy.

– Commercially speaking, it is a very good option for people or businesses that for some reason do not have access to commercial banking.

– The attention received is personalized.

Likewise, we can find tax benefits:

– The interest generated in transactions of the commercial loan portfolio as a financial entity, do not cause VAT (Value Added Tax).

– Losses due to irrecoverable loans are deductible.

– The credit portfolio is not included for the computation of ISR (Income Tax).

– The contracts in which credits, financial leasing and financial factoring are recorded, granted by SOFOMEs E.N.R., which are accompanied by the account statements certified by the accountant of the entity, will have the character of executive title and may be collected by the mercantile executive route.

– The SOFOMEs may assign the rights of credits with mortgage guarantee to another intermediary without the need of notifying the debtor, nor of a public deed, nor of registration before the Public Registry of Property and Commerce.

The above are some of the multiple services offered by SOFOMEs, if you have any doubt or if you are interested in incorporating a SOFOM, contact us, we have the best solution for your business.

In the past days an application was presented to enlarge for a period of 30 days the previous term of transition of the reform in labor matter regarding the outsourcing that came into force the past April of this year.

Given the above, the reforms to the transition period agreed by the Congress of the Union were published last Saturday, July 31 of the current year in the Official Gazette of the Federation, granting a deadline with a deadline of September 1 2021, therefore, companies or businesses will have the opportunity to conclude this regularization process for a period of 30 additional days.

Initially, the possibility of extending the mentioned period for an additional five months was raised, however, after discussing it in session, it was concluded that it would only be for an additional 30 days. Now the challenge is in businesses and companies to carry out or conclude the regularization management in matters of outsourcing and thus avoid being sanctioned according to the aforementioned reform.

It should be noted that at the beginning there were just over 2 million workers who had been regularized by their employers, however, this figure is far from the reality in which many of the workers perceived the result of their work.

Although the period authorized for extension was not the one requested at the beginning, it was mentioned that this was not convenient for the companies that had carried out their regularization in a timely manner and that extending for 5 months would represent a damage to the interests of those who acted in time and form.